Summer Kick Off with Henry the Juggler 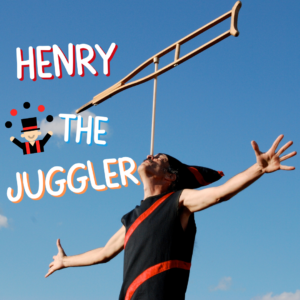 Henry the Juggler will be on the library lawn (inside if it rains).  Bring something to sit on and enjoy.

Henry the Juggler (alias Henry Lappen) is considered armed (and legged) and dangerous. He is known to cause spontaneous outbursts of laughter. He speaks little, but says a great deal through his expression and body language (and road signs!). He has in his possession BALLS, CLUBS, RINGS, TORCHES and other apparatus of his trade. He is capable of walking on a thin wire high above the ground. He is known to change his height through the use of stilts.

This program was funded by the Georgetown Cultural Council